Because we love the challenge at the end of every year to select six of the best pieces we published—in 13 books, two chapbooks, and a magazine, featuring 118 different authors!—this year we’re thrilled to have nominated the following:

When you have a chance, treat yourself and give them a watch:

You can read and watch our previous nominations below:

We’re doing a yearlong back and forth between visual art and writing, concluding with a gallery show and reading in December 2015. We’re currently open to visual art and would love you to submit, or to tell someone you know… the first two selections will launch us off on an unpredictable series! Let’s see where they take us.

And submissions are open! Through the end of Wednesday, December 17. Do it. Read in that beautiful bookstore. Get in there; sparkle + blink for the first 100 people. Curated by Sara Marinelli, Shideh Etaat + Evan Karp.

report from the emerald tablet

Our art exhibition, featuring 11 previous sPARKLE & bLINK cover artists, is up at The Emerald Tablet through the end of January. Watch and read our show, which was held there on 12/4:

Would love to see you on December 14th! 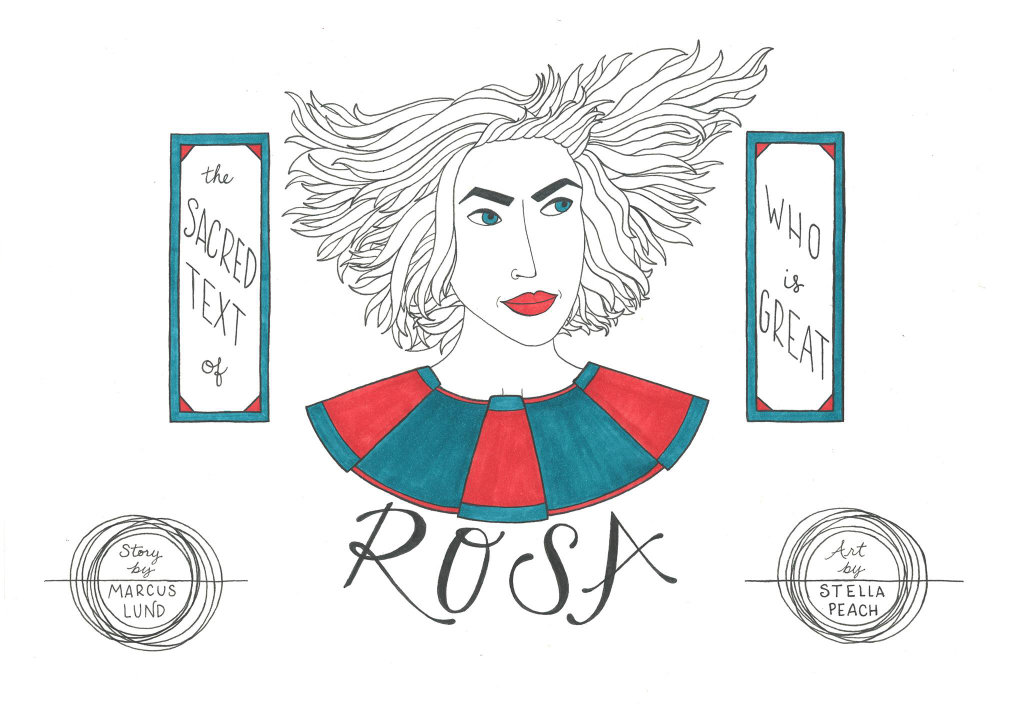 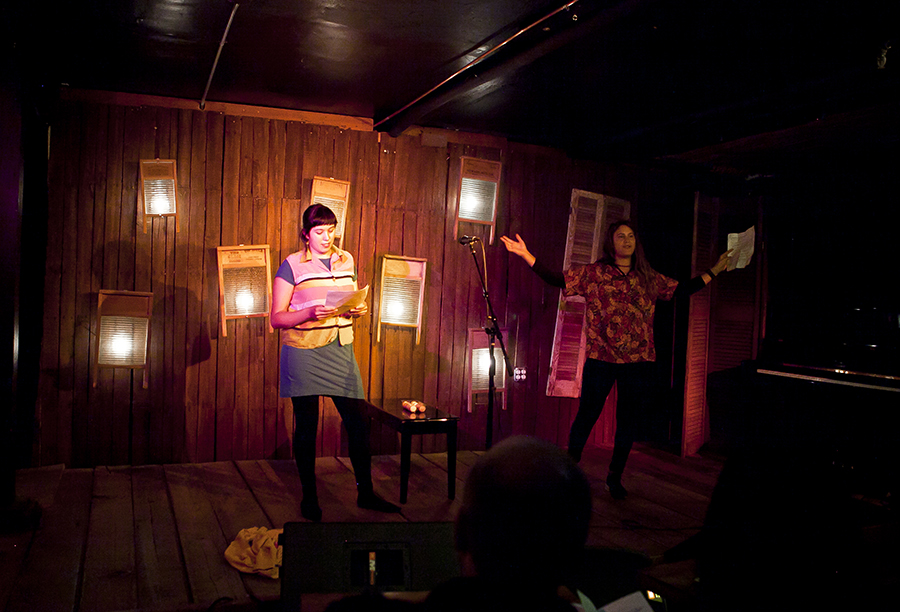 We’re taking over the patio at El Rio on Tuesday, June 3rd! Come hang out with us. We’ll have typewriters so you can request poems on demand from some of the evening’s readers and perhaps a special guest or two; you’ll also be able to use Quiet Lightning stationary to write your own words (we’re creating stationary just for this show!)… perhaps you’ll come up with some rough gems for our book contest?

We are proud to introduce to you our authors/entertainment for the evening, curated by Kristen Kramer + Sarah Carpenter!

Doors at 1pm
Typewriters at 5pm
Show at 8pm
Typewriters, drinking
after show hours
$7-10 sliding, NOTAFLOF
First 100 get a copy of s+b

save the date: Thursday, August 7th @ the Contemporary Jewish Museum

Join us Monday April 7th at 7pm as we celebrate the publication of our first two Quiet Lightning Books at the gorgeous headquarters of Hipstamatic. 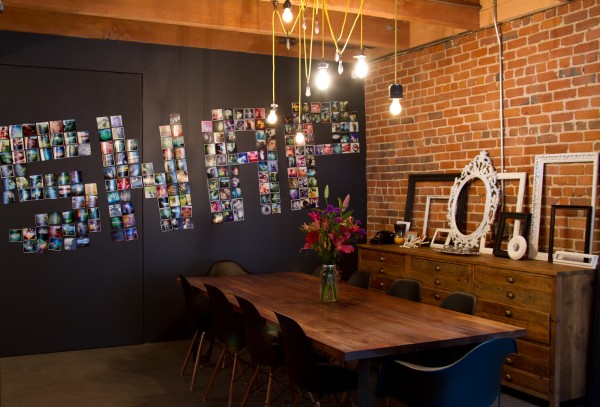 We asked our authors Zack Haber (if you want to be one of them playing in the streets…) and Tupelo Hassman (Breast Milk) to curate the rest of the evening and they’ve invited Amy Berkowitz, Carrie Hunter, Stephen D. Gutierrez, and Dan Sanders to read… and they all said yes!

We made the books with Tiny Splendor, who will be set up with a print sale. There will be cheap food and free ice cold draft beer courtesy of Lagunitas… which perhaps will inspire you to participate in the livestream of image-based storytelling via Oggl. Wait! There’s more… a special performance by Stella Peach!

No one turned away for lack of funds

This all happened as a result of our first book contest. Are you working on a book right now? We’ll be announcing our second book contest in the beginning of May. 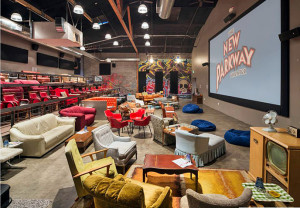 May 12 is the premiere of our first short film Combustion at The New Parkway in Oakland! Please send us some work to be a part of that show. Perform at TNP!

Major thanks to the The Leslie Scalapino – O Books Fund for a recent grant that will help make this all possible!

Quiet Lightning is also made possible in part thanks to the Zellerbach Family Foundation, and would absolutely not be so darn great without the help and consistent good work of our board, staff, and volunteers. Our ears and minds are are always open, and so are our meetings — the next one is on April 20th (no joke). Send us a line if you’d like to attend and/or get involved in some way.

At the end of August we announced our first book contest: hand-write original work into a QL pocket notebook and hand it in before Halloween. We are proud to announce two winners: Zack Haber and Tupelo Hassman both convinced us to publish their excellent books, which will be released at a special show in April; both authors will read and have the opportunity to curate the rest of the evening.

Zack’s if you want to be one of them playing in the streets… is a collection of poems as playful as it is profound, and Tupelo’s fantasy, Breast Milk, which was “written solely while breastfeeding/nursing, pumping, leaking, dripping, or otherwise expressing breast milk,” is exactly the kind of magic that should be bottled for adults everywhere.

Congratulations to Zack and Tupelo! They’ve each read for Quiet Lightning once (click their names in this graf to watch them). Both books will be printed in partnership with Tiny Splendor — get a feel for what they do (and a load of holiday gifts) at their open house on December 14th and/or 15th; you’ll see why we are thrilled to work with them!

QL has published 47 issues of sparkle + blink in our 48 months. When we first started publishing, we couldn’t even give copies to the authors; we could only afford to make 20 copies, the sales of which paid for the next month’s books. We wondered if that kind of publishing is wrong; we were getting the work out there, and people certainly read it… but we never wanted to be the Who’s Who of American High School Students of literature!

Thanks to everyone who has supported us — by coming to the shows, by purchasing books, by giving us grant money and by giving us beer — we have been able to make better books reach more people. Since July, we’ve given out copies of sparkle + blink to the first 100 people at each show. Sarah Ciston has had a large part in making this possible, and I’d like to thank her for not calling me crazy when I had the idea to do this contest (especially since it was less than a month after we more than quintupled our production). We are beyond proud to be able to publish these books by Zack and Tupelo — the very first two authors of Quiet Lightning Books — not only because it marks a new era for us, but because the books are wonderful and we can’t wait to share them with you.

A big serious thank you to everyone who entered our contest. We know it was a bit strange to ask you to hand-write your entries, but it was an absolute pleasure to read a collection of writings rendered so personally, with illustrations and comics and glitter, and from as far away as Australia, New York, and Ohio. Thank you for entering our contest; for writing; for meaning it enough to sign each word. If you want your book back, follow the asterisk.*

We’re celebrating four years on December 4th and there’s still room in Chicken John’s bus if you want a free ride to Fairfax, dinner and drinks on us (and a ride back, should you decide not to spend the night at Peri’s). Join us — at the drawing board; at the shows. 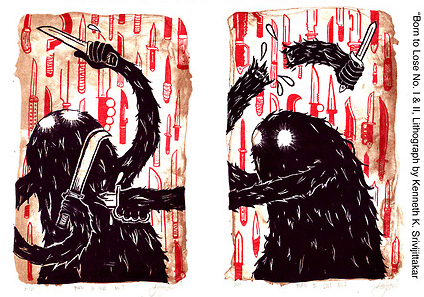 Beaming directly into you!

* If you live in the Bay, you must pick it up at one of our shows (but first you must send us an email (to evan at quietlightning dot org) so we can keep yours safe at home until you’re ready for it); if you live outside CA, please send an email to the same address.