Meghan Thornton and SB Stokes put together a gripping show to close out our third year with a tense, gothic, poetry-heavy first set and a fiction-heavy second. It was the first time we ever had a guest curator (SB), and I don’t think Kevin Killian will mind when I report that he called the show “seamless” and told me “the curators did you proud.” Here they introduce the show, and SB has some words on his experience:

You can watch the entire show here, read it here, and order your own perfectbound copy here. (You can’t read the way Nora Toomey had the whole house singing, or what it was like when John Panzer hugged Matthew James DeCoster, or what it felt like to fill The Lab together, or…). 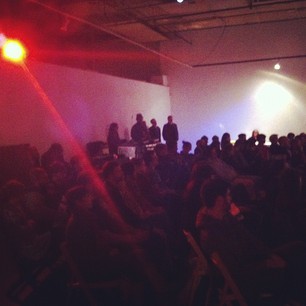 We are proud to announce our 2012 Pushcart Prize nominations:

Having read and re-read and re-reread the 12 books we published this year, I can’t begin to tell you how hard it was to narrow our selections down to six; it was a truly humbling experience and I want to thank you all for making this such a wonderful year. When you have the time, you can watch all six: Before we move on to talk about 2013, I just want to say: To all of you who submitted your work, put the shows together, volunteered, and told your friends: it’s been a landmark year for us and we couldn’t have done it without you. Thanks for bringing the lightning!

Three more announcements before we move into 2013:

But enough reflection! In 2013 we’re teaming up with a different literary series or organization every month for a Tour Through Town. The idea is to create a unique hybrid show that presents some of each of our defining features in the hopes that we can build on our sense of a literary community. We’re going to kick off the tour on Wednesday, January 16th with a show at the Sports Basement. We’ll be accepting submissions until the ball drops on 2012, so send in your writing before it’s too late. (How many puns can you find?) 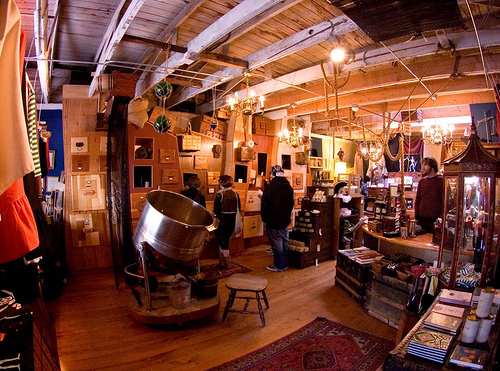 Our following show will be a collaboration with 826 Valencia at the Pirate Supply Store on February 4th. For that show, we are only accepting submissions from authors between the ages of 6-18. You probably want to put that on your calendar. Regular submissions will return for March, when we team up with Porchlight at the Verdi Club on the 18th. Half the show will be true stories told with no notes (curated by Beth Lisick and Arline Klatte), mixed in with selections from our anything goes submission pile. We also hope to harness the grace and charm that Beth and Arline have been bringing to this series for the last ten years. Come see!

We’ll be touring throughout the year, and likely beyond, and though we can’t announce anything more for now we can say we’ll be mashing up Quiet Lightning with The Rumpus, Why There Are Words, the Contemporary Jewish Museum, the Conservatory of Flowers, and Litquake, and we’ll let you know as more things develop.

If you’re not already signed up to receive our notifications via email, now might be a good time to do so. As you may have deduced, we won’t be doing our first Monday shows in 2013.

We don’t know exactly what’s going to happen up ahead but we’re excited to do new things with more people in different places, to continue to build on what we’ve established, and to work more closely with the public as we move forward. (The public? When has there been a difference?) As always, we welcome all feedback, suggestions, and participation. We’re looking to bring more people aboard and will soon have a list of things we’re seeking right here on the site.

See you on tour,
Evan Karp
for QL