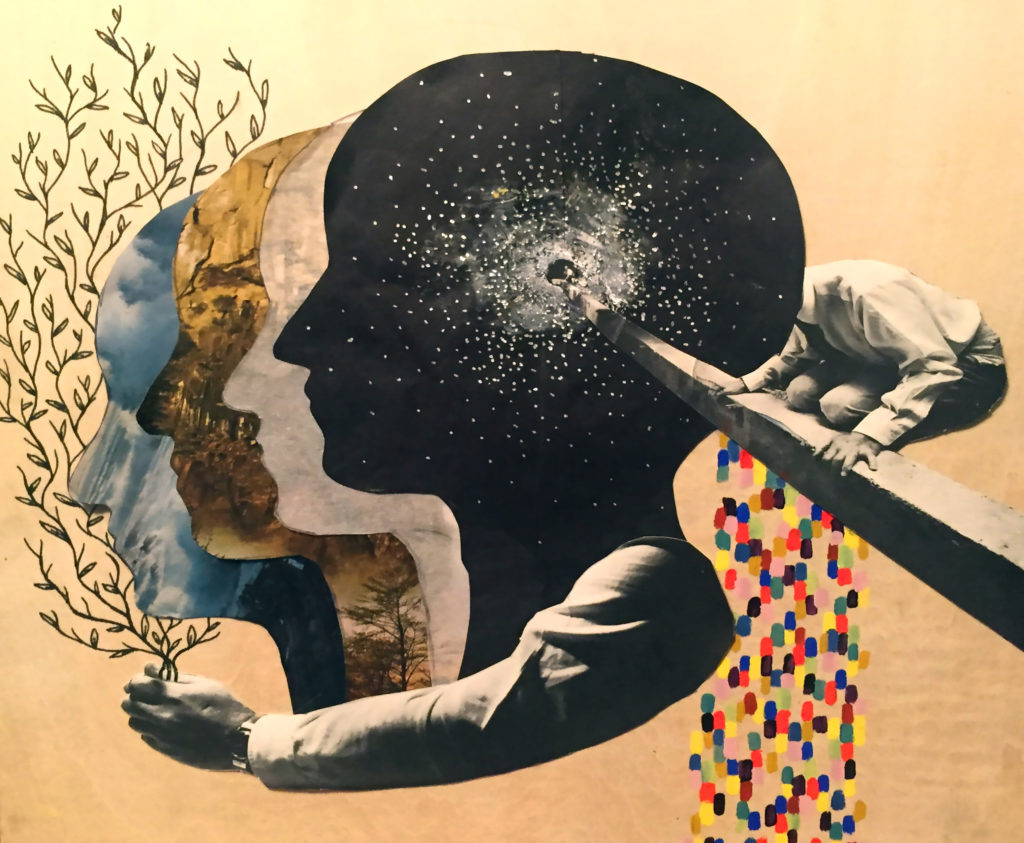 The first 200 people receive a copy of sPARKLE & bLINK, featuring all the authors + artwork by Anah Redding!

Kelsey and Lisa curated the mixtape from a blind submission-based process, accepting 13/106 (12%). Of those:

Submit to Quiet Lightning’s next show! 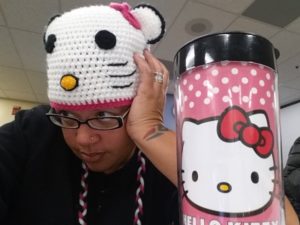 Faith Adiele is author of two memoirs, The Nigerian-Nordic Girl’s Guide to Lady Problems, a humorous e- and audio- book about fibroids, and Meeting Faith, an account of becoming Thailand’s first black Buddhist nun that won the PEN Open Book Award. She is writer/narrator/subject of My Journey Home, a PBS documentary about her mixed, international family, and co-editor of Coming of Age Around the World: A Multicultural Anthology. Her essays have appeared in HuffPo, O Magazine, Yes!, Essence, and numerous anthologies. She lives in Oakland, where she runs African Book Club at Octopus Literary Salon and teaches at CCA, Esalen, VONA/Voices, Vortex/Hedgebrook and The Writers’ Grotto. The Original Obama, she is on her way to becoming huge in Finland; visit her at adiele.com before it’s too late! 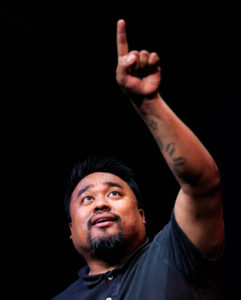 Jason Bayani is the author of Amulet from Write Bloody Publishing. He’s an MFA graduate from Saint Mary’s College, a Kundiman fellow, and works as the Artistic Director for Kearny Street Workshop. Jason performs regularly around the country and recently debuted his solo show, “Locus of Control” in 2016. 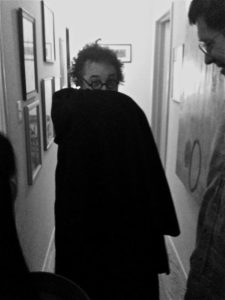 Hugh Behm-Steinberg is the author of Shy Green Fields (No Tell Books, 2007) and The Opposite of Work (JackLeg Press, 2012), as well as three Dusie chapbooks, Sorcery (2007), Good Morning! (2011) and The Sound of Music (2015). The author of two libretti: Terrible Things Will Happen But It’s Going to Be Okay: A Donner Party Opera with composer Guillermo Galindo, and a children’s opera based on the Chinese folktale, The Clever Wife, which was commissioned by the Houston Grand Opera for their Opera to Go series, Behm–Steinberg collaborates on text/sound art projects with Matt Davignon under the bandname Oa. In 2015 his short story “Taylor Swift” won the Barthelme Prize for short fiction. He is a former Wallace Stegner Fellow in creative writing at Stanford University and the recipient of an NEA fellowship. During his tenure as Faculty Editor of Eleven Eleven for the past ten years, he has published close to 1200 writers, artists and translations. He teaches in the MFA Writing and BA Writing and Literature Programs at California College of the Arts, where he’s the interim chair of the Adjunct Faculty Union. 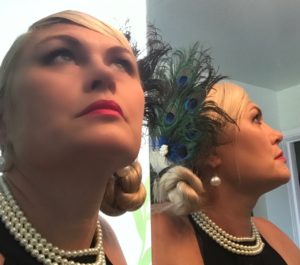 Cassandra Dallett lives in Oakland, CA. Cassandra is a two-time Pushcart nominee and Literary Death Match winner. She has been published online and in many print magazines, such as Slip Stream, Sparkle and Blink, Chiron Review, Stone Boat Review, and Great Weather for Media. Cassandra reads often around the San Francisco Bay Area, she hosts the monthly writing workshop OnTwoSix, and the quarterly reading series Moon Drop Productions. Her first full-length book of poetry Wet Reckless (Manic D Press) was released in 2014. In 2015, she authored five chapbooks one of them, On Sunday, A Finch (Nomadic Press) was nominated for a California Book Award, look for a new full-length collection Collapse from Nomadic Press in the fall of 2107. 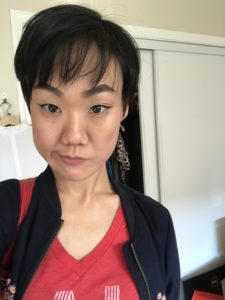 Christine No is a writer/filmmaker who has shown work at the Sundance Film Festival and in publications including: The Rumpus, sPARKLE+bLINK, Columbia Journal, Atlas And Alice, Apogee, The Brooklyn Quarterly and various anthologies. She is a cohort of the Kearny Street Workshop Interdisciplinary Writers Lab, a VONA/Voices Fellow, a Pushcart Prize Nominee, Best of The Net 2017 Nominee, and placed First in Poetry in the 2016 Litquake Writing Contest. She believes in radical kindness, that magic exists, and that “the only way out is through”. She’s also a total dork and looks way better on paper. She lives in Oakland with her ride-or-die pit bull/bae, Brandeh. 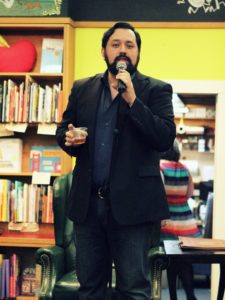 Baruch Porras-Hernandez is a Pushcart Prize nominated writer, performer named one of the 13 Top Bay Area Writers to Watch in 2016 by 7×7 Magazine in San Francisco.  You can find his writing published online at The Tusk, his poems on Drunk in a Midnight Choir, Santa Ana River Review, and several other poetry anthologies like Assaracus, Foglifter, Rio Grande Review, Divining Divas, and two anthologies with Write Bloody Publishing. He was named a Lambda Literary Poetry Fellow in 2014, and a Lambda Literary Playwriting Fellow in 2016. He’s been featured in Writers with Drinks, has performed several times with Radar Productions, LitQuake, and Quiet Lightning. He is a winner of Literary Death Match, has won The Moth, Write Club SF, and is the reigning Muni Diaries Haiku Champion. He’s working on several play commissions including a project with Detour Dance, his solo show titled Love in a Time of Piñatas which is being developed by a grant from the San Francisco Arts Commission for Individual Theatre Artists. He recently received the Creative Work Fund grant to collaborate with MACLA (Movimiento de Arte y Cultura Latino Americana) in a literary multimedia project that will focus on Queer Latinx Superhero stories. He is the head organizer of ¿Donde Esta Mi Gente? Created in part by the REGEN artist grant from the Galerìa de la Raza. He is originally from Mexico, lives in San Francisco, and regularly hosts literary shows with KQED. 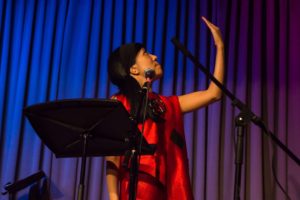 Maw Shein Win is a poet and educator who lives and works in the Bay Area. Her writing has appeared in various journals, including Cimarron Review, Fanzine, Eleven Eleven, the Fabulist, and others. Her most recent poetry chapbook is Score and Bone on Nomadic Press, and Invisible Gifts, her full-length poetry collection, will be published by Manic D Press in spring 2018. She is the first poet laureate of El Cerrito. 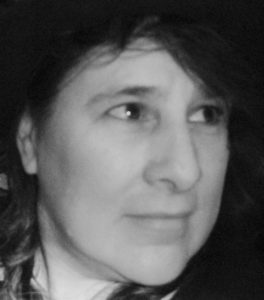 Kim Shuck is a protein, an educator, a jester and the 7th Poet Laureate of San Francisco. Shuck is sole author of three books, one chapbook, and many poems. Her latest is Clouds Running In. 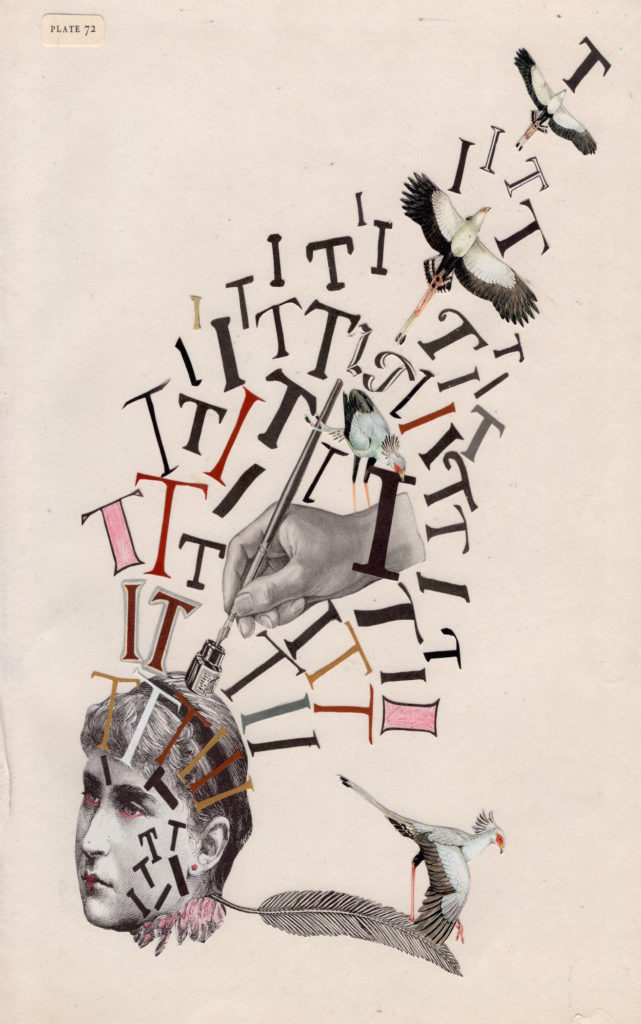 The first 200 people will ALSO RECEIVE a copy of sPARKLE & bLINK 89,

featuring writing by all of this year’s Neighborhood Heroes + artwork by Katie McCann!

RSVP not required but appreciated 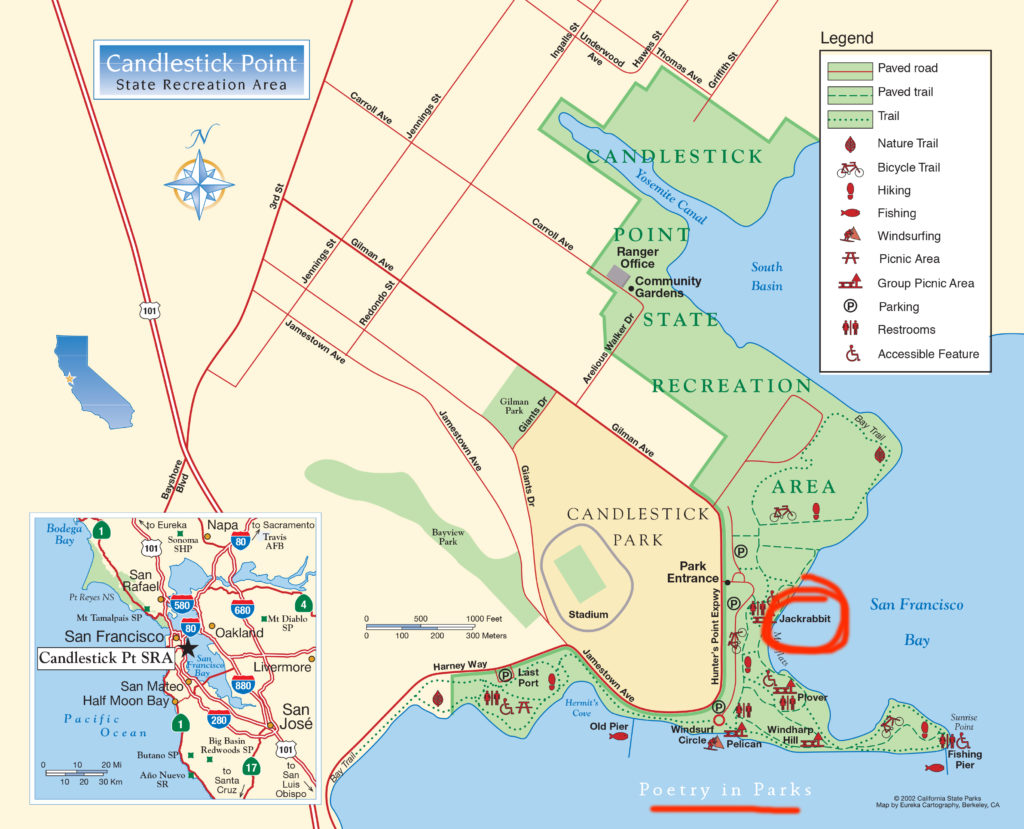 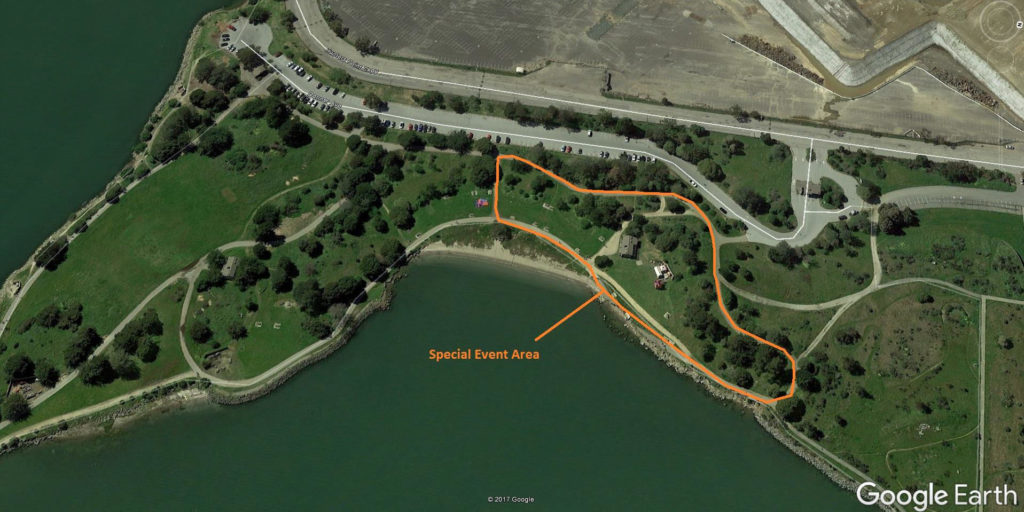 Other ITEMS TO BRING AND NOT BRING

PLEASE DO NOT BRING

We could use some extra hands! Modest but delectable compensation 🙂 If you’re interested, send a short note to evan [at] quietlightning [dot] org.