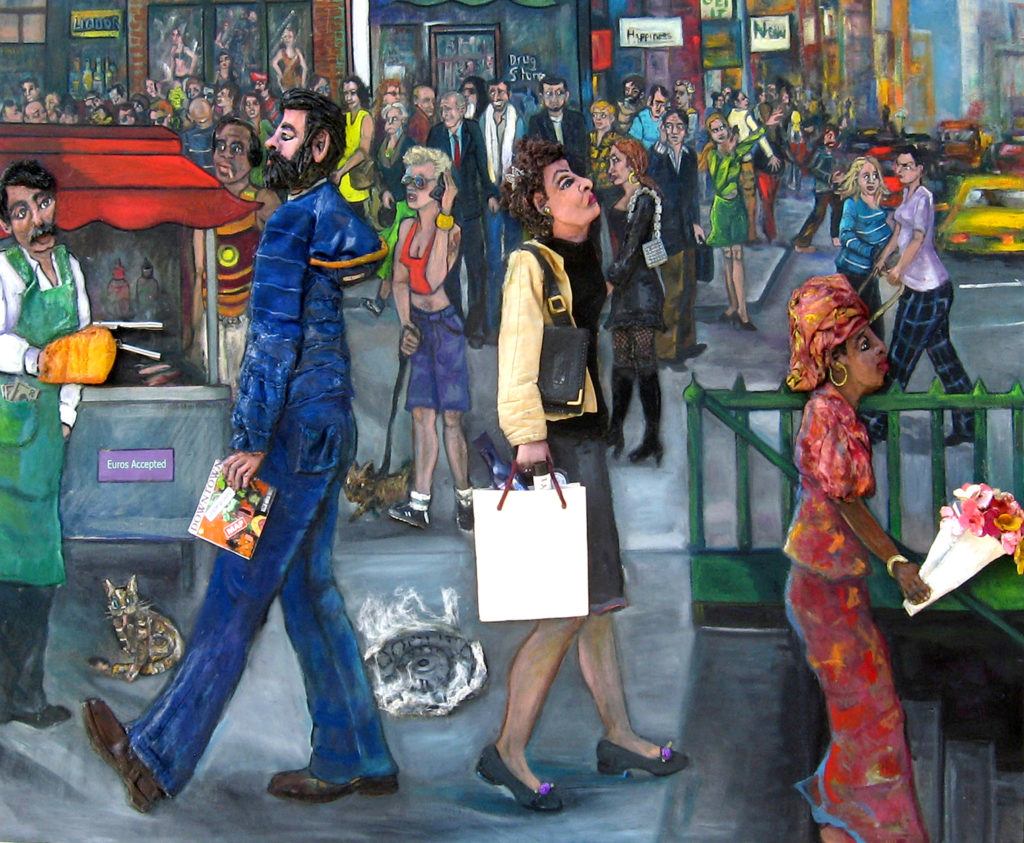 Watch the show below:

read the full show below:

View this document on Scribd

free rush hour show on the steps of the Montgomery Street BART station!!

featuring all of the writing and art by Nancy Calef!

3 of the 13 (23% — compared to an average of about 55%) have never read for QL before: D.S. Black, Melanie Bell, and Tony Press—we’re especially happy to welcome them!

A lot of our vets came out for this show—returning:

There will be a megaphone for the readers, and while there will be the (concrete) steps we won’t have other seating. Feel free to bring blankets or other things to sit on, and bundle up—it’s going to be chilly! We’ll have complimentary coffee and snacks (though we’ll happily take donations, 100% of which go directly to artists). If it’s possible for you to make this show, it’s going to be a great way to start the year—half of the city doesn’t have to go to work that day, so there will be a smaller than usual rush hour crowd… but a crowd nonetheless. Come hang out in public space with us and take in this provocative, emotionally devastating show. You’ll leave happy that you did, and we can almost guarantee it’ll be the best first Monday of the year you’ll ever have.