Night of the E Seals

In 2008 I was awarded a grant from the National Science Foundation’s Antarctic Artists and Writers Program to develop a series of musical compositions inspired by environments and ecosystems on the Antarctic Peninsula. This grant enabled me to spend five weeks at Palmer Research Station in January and February 2009, collecting materials for my project Antarctica: Music From the Ice. Most of my Antarctic works are intricately scored compositions that combine field recordings of birds, animals, water, ice, and weather with sounds produced on natural-object instruments including Antarctic rocks, shells, and penguin bones. However, the very first piece I wrote after returning home to California was a more abstract musical recipe, Antarctic Late Night Snack. 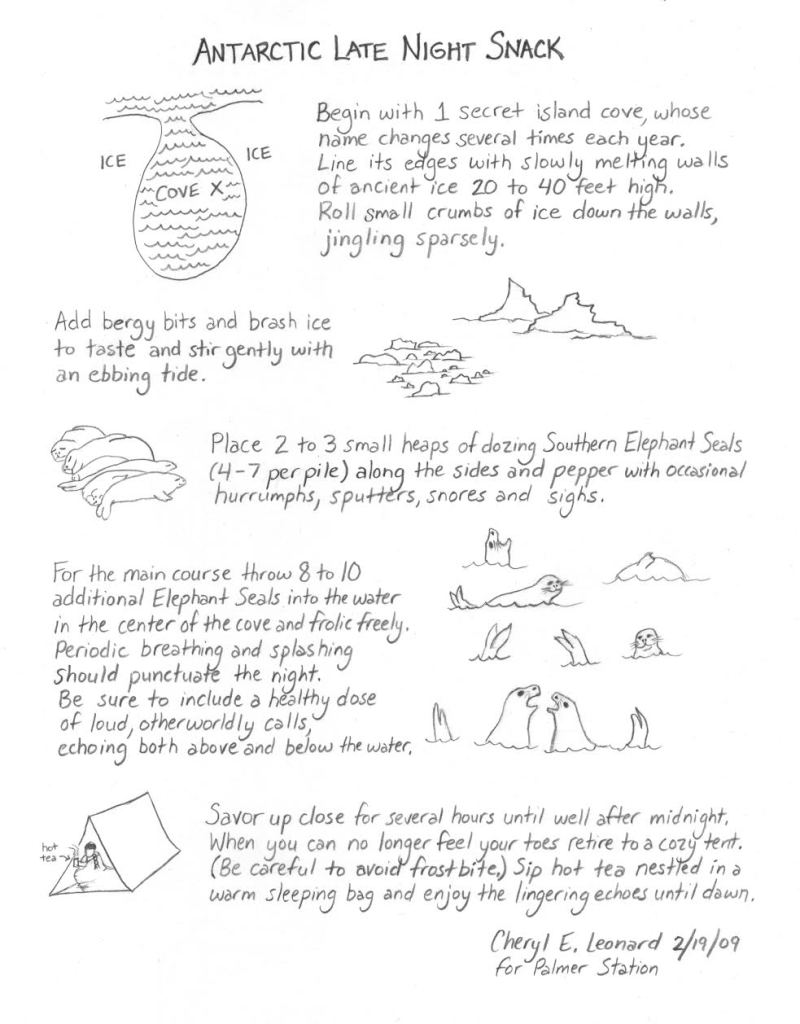 Listen to the E Seals!

Cheryl E. Leonard presented Antarctica: Music from the Ice at The Emerald Tablet on November 18, 2014 as part of the Call and Response series; you can find an essay adapted from the presentation in issue 1.