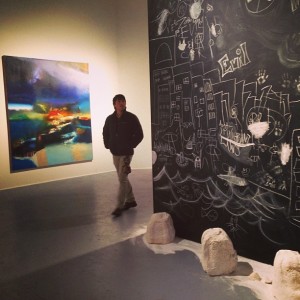 Thanks to everyone who came out to SomArts last night for our collaboration with Feast of Words, and especially to Pachamama Cookery for preparing such a beautiful meal. That was definitely one of the most unusual Quiet Lightnings yet—a true pleasure to see two series coming together like that to form something unique. Click here to watch the entire show – including the group exercise – and stay tuned for photos… but the Tour goes on!

April 15th is our show with Porchlight storytelling: half true stories told without notes and half writing of any kind. Yes, we’re going to take storytelling in one hand and literature in the other and we are going to clap them together! We’re accepting submissions through the end of this Monday, March 25th. Please (yes you!) submit.

If you’re just joining us, welcome! We’re currently taking a Tour Through Town. It’s been wild so far, but we’re just getting started. We’re also accepting submissions for our 42nd show: May 3 with the Studio One Reading Series in Oakland. We’re going to take the poetry of Adeena Karasick and Erica Lewis, along with work from the submissions we receive, and make a literary mixtape called Hidden Tracks. Submissions for that show are open through the end of Wednesday, April 17th.

The books we print of each show, sparkle + blink, have now been read online over 200,000 times! Not bad for a literary journal, eh? 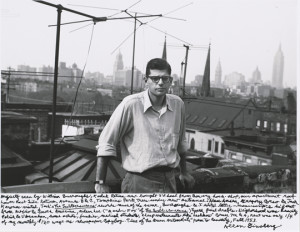 The Tour Through Town is headed to SOMArts for next month’s Feast of Words! Featuring food by Pachamama Cookery‘s Maggie Weber-Striplin and a delectable lit mix: 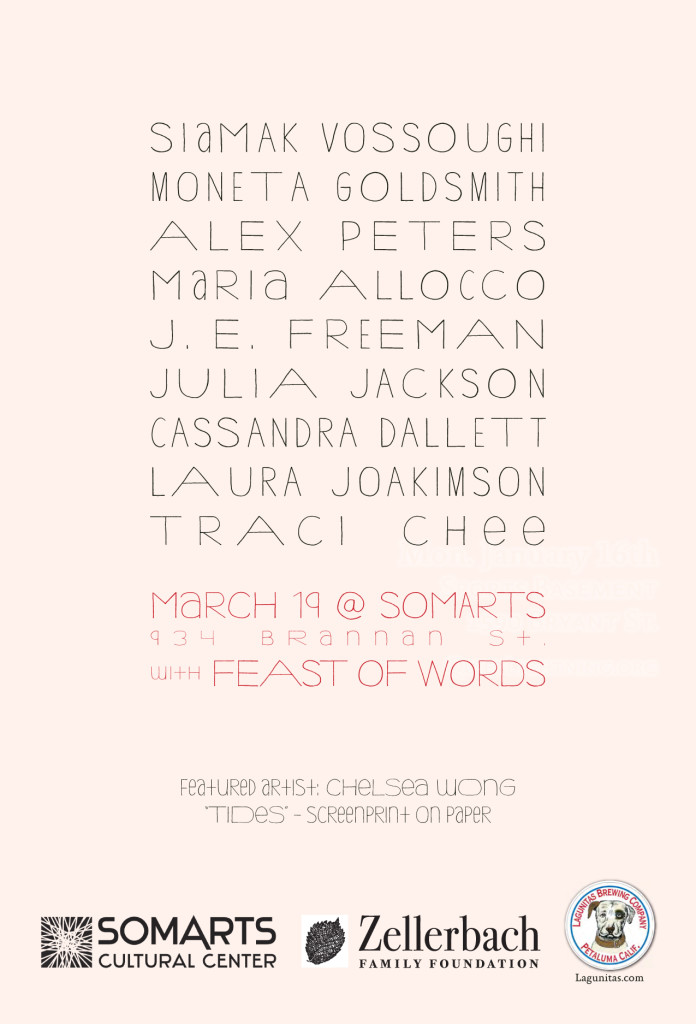 Featuring the art of Chelsea Wong, this show was curated by our enthusiast bartenders Josey and Christian Lee, who’ll be slinging wine and cold Lagunitas drafts for only $3.

Feast of Words recurs on the third Tuesday of every month, and to keep their dinner party vibe there will only be 60 seats (usually they have a max of about 35 people). We recommend you get your tickets ahead of time, as there probably won’t be any left at the door. Tix are $10 in advance, $5 with a dish (which you can commit to in advance) and $12 at the door, if available. RSVP here. Get your book in advance here.

We’ve also just opened submissions for our April 15th show with Porchlight! Please send something in; they sell out the Verdi Club and their shows are always unpredictably human: each person gets up to ten minutes to tell a true personal story without notes… can’t wait to see what happens when we mix them up with writing of all forms and without introductions!